As mentioned last week in previewing the Beacon Rock 50k, this past Saturday, June 13th, I competed in my second 50k since running the Smith Rock Ascent 50k on May 9th.  For me this was quite the feat, especially when running partner in crime Brendan Soulé reminded me that in January we ran the Wildwood Trail (30.2 miles) in Portland's Forest Park and that we swept 50k of the Gorge Waterfalls 100k on Saturday, March 28th.  Thinking about it that way, we've run four 50ks in just over 5 months....no wonder my muscles were wondering what I was doing this past Saturday!

I will admit that about halfway through the Beacon Rock 50k on Saturday I was questioning my own desire to not just keep going, but to tack on another race this year (currently I have a trail half marathon and 2 relay races coming up).  By the time I crossed the finish line, put my legs up, and held a beer in one hand and pizza in the other, my mind began to wander to when and where the next one would be...

Pre-Race (5/12)
Something I very much appreciate about the ultrarunning community, and especially Rainshadow Running—the organization that puts on the Beacon Rock 50k & 25k—is their commitment to creating a family-friendly event out of their races.  Brendan and I arrived at Beacon Rock State Park in Bonneville, Washington Friday evening so set up our tent in the group camping site with dozens of other participants and their families.  Instantly we connected to one of the groups next to us as we struggled to put up our two man tent which was met with a few chuckles.  Soon after another wonderful couple joined in next to them which we quickly bonded with which continued through the next day.  **Chad and Justin were running the 50k as well** As the camp site filled, the air was buzzed with anticipation of the next day's event.  After a meal of couscous, tofu, veggies, Jiffy Pop, s'mores, and a few Rainer pounders each...we were ready to curl up in our tent, perched on a slight downhill, to rest up for the morning.
Race Day (6/13)
So Brendan thought I was joking on Friday when I said the growler I brought was actually filled with coffee.  Who doesn't fill growlers with coffee? Anyway, after we consumed about 4/5 growler of coffee, half of a Sin Dawg (if you haven't tried it...you haven't lived), oatmeal, and some Nuun All Day, we were ready to pound the trails for 50k and nearly 7500ft of gain.  Maybe I ate a handful of gummy bears as well?  In order to be best prepared for the next 50k, I filled my hydration pack with 70oz of water combined with 8 tablets of Plus for Nuun, 2 tablets Lemon + Lime Energy Nuun, and 2 Tablets Tri-Berry Active Nuun.  2 sleeves of Clif Shot Bloks, 1 Raz Clif Shot, and a Stinger Honey Waffle rounded out my pack prep.  While some runners prefer to limit what they carry, I've become accustomed to carrying what I know works for me, while supplementing that hydration and nutrition with what may be available at the aid stations along the course.  Trusting one's own race diet is key!
Beacon Rock 50k

Loop 1
As mentioned in the race preview posted on June 12th, I competed in this race while Brendan supported Rainshadow Running and ALL of us runners out there in sweeping the 50k event.  After a quick clearing of the system, I made my way to the starting line about 1 minute prior to the "gun"...and we're off!  As a reminder, the 50k race was 2 loops (of the 25k race which started 30 minutes after we did).  After an initial short downhill on Kueffler Road for one half mile, the next 4 miles were a combination of mostly runnable horse trails and single track to reach our first peak on Hardy Ridge which was then followed by 3.5 miles of mostly downhill, if not rolling, winding, single track trails.

The aid station that was provided on course (for 50k runners, the start/finish was also an aid station) was supported by Animal Athletics and was a perfect location to look forward to on both the first and second loops.  A good selection of foods, hydration products, and knowledgable, supportive athletes/ultra runners to push all of us is so important in these races and Rainshadow had it right here!

The 2 mile climb up Hamilton Mountain, as previously described in the race preview, for most of us ultrarunners, is mostly power-climbable with a few spots of trotting in between.  Oddly enough, Chad, Justin, and I (all of us were camping literally right next to eachother) all ended out being right next to each other for a period of time at this point.  From the peak of Hamilton Mountain, the remaining 5.3 miles to Kueffler Road trends downhill.  The route forms a sort of figure 8, so a significant amount of the downhill towards the finish of one loop was revisited shortly after the turnaround at the start/finish.  Getting back to the start/finish though required a half mile climb up Kueffler Road (cruel!) and back through the campsite.  I love this! It is fantastic to have the family and friends of the participants on lined up and waiting for folks to come through.

I was pleasantly surprised to come in to the halfway point right around 2:50:00 on the clock—much quicker than anticipated, and I felt good.  As I pulled out 4 more tabs of Plus for Nuun along with Lemon Lime Nuun Energy and Tri-Berry Nuun Active to throw in to my hydration pack, I quickly reapplied Body Glide to both of my heals as the chafing continued to become worse and worse.  My heels still had yet to fully heal from the Smith Rock Ascent 50k and had been painful since mile 1 when we began running uphill.  As I retied my shoes, Chad cruised in, asked me if I was ready, and I gave him the go ahead to run ahead.  Leaving the midway point I felt strong, and ready to tackle another lap, and felt like I could potentially break 6 hours on the race.  I knew that most of the climbs I had run in the first loop would be mostly power-hiked, but I wasn't quite prepared for the intense decline in muscle strength I began to experience.

Loop 2
Just when I hit the first uphill (.5 miles after the start of the second loop), I knew something was off.  While my right heel felt like someone was holding a hot branding iron against in constantly due to the chafing of an already raw heel, my hamstrings decided they were done for the day.  Power hiking is something I have always used to my advantage, something which I pride myself on making up for my slower, downhill running skills.  I met up with Chad again, and proceeded to run for a short time with him decided (with his advice) that I'd seek out some duct tape at the last aid station.  After a painful few miles, I reached the aid station and quickly unlaced my shoes, took off my socks, and loaded my heals up with duct tape...

I had worn Saucony Peregrine 4s for the past few months, and while I am a huge advocate of the Peregrine 3s, the 4s have a way of rubbing on the back of the right heal primarily that makes them nearly unwearable.  (Since writing this, I've actually returned the shoes.  The Peregrine 3s were fantastic...the 4s were another story)  I don't know how I would have finished the race without that duct tape.  Thank you duct tape and Animal Athletics!  The pain had been so severe that at times I was walking on my heels in order to reduce the friction. As I made my way up Hamilton Mountain I found my energy waning...a photo by Glenn Tachiyama says it all...I was spent.  I was done.  I knew I would finish. But I must've pushed too hard through that first lap.

As I made my way over Hamilton Mountain, the motivation to cruise downhill, and to the finish took over and I knew I was going to finish strong.  As I raced back through the aid station, grabbing a quick orange slice, chips, and coke, I debated taking off the duct tape that at this point was flapping against the back of my calve, but opted for pushing through the pain to the finish.  By the the time the declines were finished and I was left with the last half mile up Kueffler Road, I knew I would be best power hiking to the campsite and then sprinting to the finish, which I knew I had in me.

Apologies aside to race director James Varner which I barely greeted and high-fived before walking straight to the pizza and beer, the entire race, ultimately, proved to be amazingly put together and organized race which I would feel privileged to run again.  While I may not have PRed (which I had done a month ago at Smith Rock), the 6:13:09 I finished with is much better than I anticipated, and a definite sign of my continued improvement.  This race was very different from Smith Rock (which is referenced in the previous post).

Post-Race
As I mentioned before, the ultrarunning community is truly one that works to build relationships and camaraderie, and it is incredibly supportive of all skill levels.  While I weaved my way through kids and families diving on to a slip and slide while some live bluegrass music was filling the air, I hobbled towards the carbs/grease/protein/calories-no-matter-where-they-came-from/libations to replenish what I had depleted.  As I waited for Brendan to come in from sweeping (which I knew would be a few more hours), I spotted Chad and Justin and eventually ended up relaxing in the sun, beer and pizza in hands, discussing not just our running, but a bit about what drives us in life.  I could not believe that these were individuals I had met merely 20 hours prior, but having gone through such an intense experience as running 50k can bring people together.  As Brendan wrapped up his sweep, and decompressed for an hour with our new group of friends, we packed our camp and headed out of the beautiful Beacon Rock State Park to our homes in Portland.

Race Rating (1 low-5 high):
- Communication/organization: 5-Rainshadow has their stuff together in terms of information available regarding the race weekend events.  Communication came out 2 days prior to race weekend, but was very thorough, as was pre- and post-race events at Beacon Rock State Park.
- Course: 4 Gorgeous views from Hardy Ridge and Hamilton Mountain.  Two loops is fairly brutal, especially when the course is being shared with day hikers on loop 2. Sun exposure was limited to Hardy Ridge and Hamilton Mountain/The Saddle.
- Aid Stations: 5-Animal Athletics was fantastic at the aid station within the course.  Good food options and beverages.  With 5 (technically 2, but the start/finish + 4 passes by the aid station on the course) stations along the course, you always knew you were "close" to support.
- Course Markings: 5-Clearly marked and great volunteers at intersections.
- Scenery: 4.5- As stated before: Hardy Ridge, Hamilton Mountain, and The Saddle had breathtaking views.
- Post-Race Food: 5- Great selection of a few things that can be tried.  Pizza, beer, fruits, vegetables, chips...
- Overall: 4.74 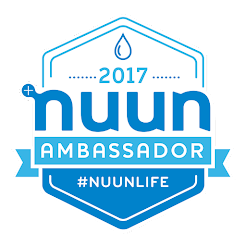 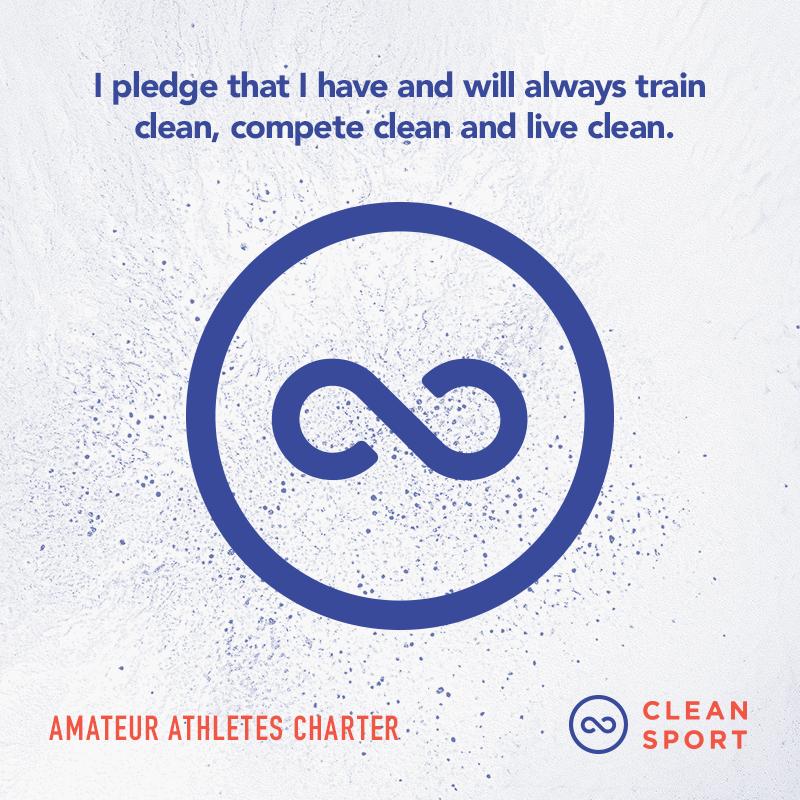